The first two weeks of this year were mental to say the least – we have started the first part of a huge building project on our house in London, packed up our house and moved out of London to a new house. We have started Rex at a new nursery for the next three months too…oh and we had a baby!

I have no idea why we did this all at the same time – perhaps we were both having a psychotic episode? Or is it just part of the human condition to decide to take on so many major life moments in one go? Either way although it has been somewhat testing shall we say, the outcomes will be and have been wonderful.

The most wonderful part of all of this was of course the birth of our little girl, Stella. This time round we decided not to find out the sex but myself and Brute were absolutely convinced we were going to be having another boy, it’s a weird feeling I just couldn’t imagine myself having a girl – I definitely thought my lot in life was to be surrounded by boys (something as a hormonal teenager I would have given 2 thumbs up to).

I hadn’t given much thought to the birth itself, to be honest that was on purpose as I was more nervous about it all this time round, knowing what to expect, I’m definitely one of those people that likes to maintain a ‘it’ll be fine’ facade because to be honest you have to get through it one way or another, but on the inside the stomach was slightly knotted. When I was pregnant with Rex I had envisaged a water birth, no drugs and all very serene , the baby would pop out and i would look flushed but calm with a beautiful glow about me, a bit like the episode of Friends when Rachel has her baby and looks at the end how I hope to look on a normal day (I am biased as I have a major love for Jen Aniston, so her in any state including post giving birth is a look I’m down with) annoyingly that is quite (incredibly) far from what happened and how I looked at the end of it.

Instead, 9 days after Rex was due,  I went into labour, had to have my waters broken manually which is a pretty undignified feeling and though I started in the serenity of the water bath I was soon dragged upstairs literally kicking and screaming in pain to be induced as I wasn’t dilating. If I was going to be induced then I was going to take every pain killing drug they could find for me along with it. Another 12 hours later Rex arrived.   Brutal, yet ultimately the most incredible thing in the world is delivered. 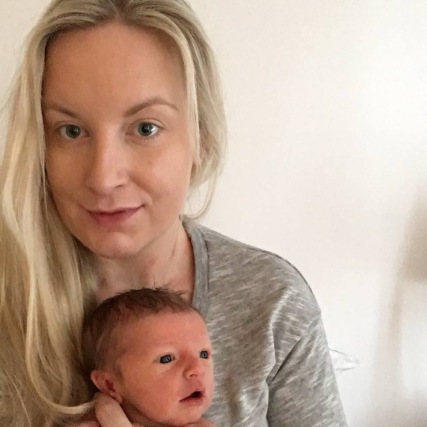 With my little hunk in the hospital the day he was born – so alert!

With Stella is was totally different, I had assumed I was going to be in for another late baby until the week before my due date and Brute said we should place bets on when she was going to arrive, I suddenly had this feeling that she was going to be on time, Brute went with 5 days late (they do say your second is usually earlier & a quicker birth in general) Sure enough at 01.30am on the morning of Saturday the 20th January 2018 I got up thinking I needed my usual middle of the night pregnant woman pee, only this time i didn’t quite make it to the loo and instead found myself stood in a pool of water, I woke Brute up and said ‘I think my waters are breaking’ to which he said ‘well don’t just stand there, get to the toilet’ (he’s lucky i’m so understanding) half an hour later my contractions started and they came on strong very quickly, Brute was set up with his contraction app which within in minutes was flashing red and telling us to get our asses to the hospital as otherwise this baby was going to pop out on our pre renovation laminate bedroom floor, not a first glance at the world anyone should have to deal with. So after at least 5 stops for contractions we made it to the car and zoomed to Queen Charlottes and Chelsea hospital where they took one look at me and said ‘it won’t be long now’ cue internal freak out – I’m not ready, I can’t do this, help!!!! I was whizzed into the birth centre and hopped into the bath and by then It was full on, I knew I couldn’t have any pain relief if I was going to  have a water birth, but it’s what I had wanted the first time so I was going to give it my best shot. It was quite a blur, I just remember asking how long left till the baby arrived (the sounds awfully polite, in actual fact I think I scream when the F*%k is this baby coming, get it out of me) to which the midwife calmly said 40 minutes  – how on earth they can tell that is beyond me but she was spot on – sure enough, 40 minutes later through a haze of swearing, punching Chris in the arm and almost breaking his hand this little angel arrived into the water as calm as day, it took a minute before Brute said ‘is it a girl or a boy?’ I had totally forgotten that we didn’t know and when we realised we had a little girl every other feeling vanished, and pure love took over. That is of course why people have more than one child, you forget the pain of labour so quickly…damn them and the pure joy they bring.

So that was it, 3.5 hours from my waters breaking to Stella arriving, and yet still I didn’t look anywhere near Rachel in Friends…hmmm I’m starting to think she wasn’t really giving birth after all. My little dream team on the day each of them was born. Rex on the left and Stella on the right – I know new borns all look similar but they could ONLY be siblings!

Now, Before I go any further, I need to just shout about how amazing the midwives and staff were at Queen Charlottes and Chelsea, this is my second birth there and both times they made me feel as at ease as is possible. The calm, caring, positive, encouraging attitude and incredible knowledge they have, well they are just all round bloody wonderful people. It’s a serious testament to their love of and commitment to their jobs. I was in such safe hands from beginning to end and though I thanked everyone profusely when we left the hospital I feel like they do the most incredible job bringing new life into the world countless times a day and they deserve more praise than is possible to impart. Once Stella had made her grand appearance into the world my midwife made sure I was comfortable on the bed with Stella, whilst another came in with toast and tea for both brute and I. We were then (once we were up to it) moved next door to a fresh room with a double bed and offered breakfast (both of us). 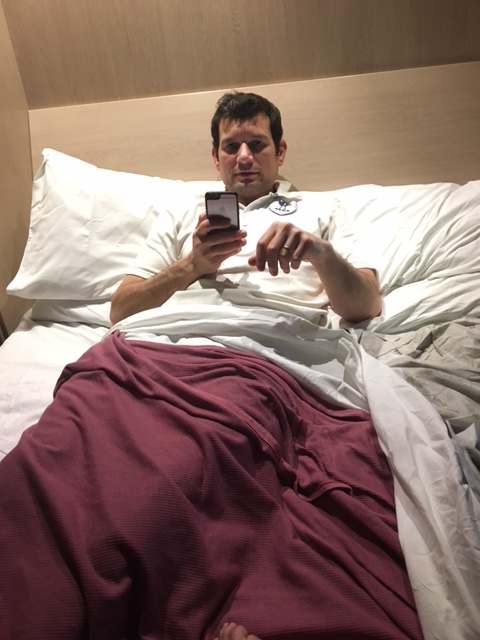 Super important that Brute was comfortable in bed as soon as possible after the birth…he’d been through a lot.

We were told in no uncertain terms to take our time, have a sleep there was no rush to leave the room – we were so touched by how comfortable they made us and ultimately indebted to them for helping to bring our two children into the world safely.

I’m going to leave it there until next time as I wanted to write a separate piece about what comes next, the huge highs the very real lows, what it all meant for Rex and where we are now (plus an adorable video of the moment they met, be still my beating heart etcetc). Also my little limpet needs to feed for the 100000000000000th time today so I’m going to settle into some serious Winter Olympics action – who knew curling could be this gripping.

Marching out of the hospital that lunchtime with my little babe, Stella 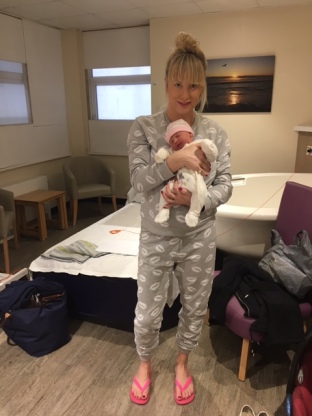 Happy Birthday to the very best big sister & very best friend there is - never far from each other’s sides 👯‍♀️💛 #thenandnow
Happy Birthday Queen - 2 today and already owning this whole life thing - the kindest, sweetest, thumb sucking beauty In the world. I didn’t think today could be more emotional and then I saw all the pics of Brad and Jen together 😭#2today #birthdayqueen #bradandjen4life
My wild, rather eccentric, hugely loving, downright legend of a boy turned 4 today! He hyped it up with his godmothers with a day of theatre, Dim sum & ice cream & ended it crashed out with Stella’s Dolly #swipe #thetwosidesofrexbrown #thisisfour
Whole life friendship 💛💛 #pushing30
Happy birthday to the OG, our best friend, the best big bro, most chilled out, best napper and all round love of our lives - Tony!! 8 today and ageing like a fine whiskey 💛👑🎉🐶🎈
Caught the wedding crashers 👫